Echoes of blues and R&B greats like Freddie King, Buddy Guy, Etta James, The Temptations, and The Allman Brothers ring through the accomplished new album from three-sibling Kansas City band Trampled Under Foot. Unexpected chord changes put some extra sophistication into some of the songs, but without uprooting the sound from its blues-rock foundation, with Danielle Schnebelen’s powerful pipes and her brother Nick Schnebelen’s world-class guitar playing leading the way.

Danielle sings her heart out convincingly on many of the tracks, starting with the fine opener “Bad Bad Feeling,” and overdoing it only on the record’s sole cover, an overblown take on James Brown’s classic “It’s a Man’s Man’s Man’s World,” where she proves you just can’t out-Janis Janis.

But this band hasn’t any need to try too hard. The male lead vocals are excellent as well, even if the album credits don’t say which brother, guitarist Nick or drummer Kris, sings on the powerful “Don’t Want No Woman” or on the title track, which, speaking of the Pearl, takes its main melodic riff from the Janis Joplin hit “Move Over.” (YouTube research suggests it’s Nick singing, but you know what happens when you assume…)

Danielle, also the rock-solid bassist, slams down the vocal emotion on the blues-power ballad “You Never Really Loved Me,” and displays a lighter but equally convincing touch on the gospel-charged “Dark of the Night” and the smooth “Pain in My Mind,” which pays dividends with its tasteful keyboard contribution from eminent guest Mike Finnigan (Jimi Hendrix, Etta James, Taj Mahal).

A few songs on the second half of the CD lack the fire and inspiration of the album’s best tracks. But it’s a huge challenge, rarely met today, to put out a whole record in this style of music and write all the songs yourself, as (save one) they’ve done here. There are nods to country blues (“Down to the River”) and a variety of other flavors, but in essence this is a powerhouse rocking blues band well worth a listen.

‘Badlands’ is out July 9. It can be pre-ordered at Amazon.

Painted Axe Sounds Off with Trampled Under Foot Guitar

In conjunction with the band’s successful Kickstarter campaign, Painted Axe will unveil the guitar during a private listening party June 16 in suburban Kansas City at the Trouser Mouse (http://www.trousermousebar.com). Kickstarter assisted TUF is raising funds for the soon-to-be-released CD, “Badlands.” TUF is the 2008 winner of the Blues Foundation’s International Blues Challenge. Guitarist Nick Schnebelen also won the Foundation’s Albert King award for best guitarist that year.

“This is an incredible opportunity for Painted Axe. A project coinciding with a CD release is a marketing and promotional coup we have been pursuing for quite a while,” said Michael Gauf. “Branded guitars for musicians and bands provide an instantaneous marketing hit as well as red-hot collectible. They can be used to reward a lucky fan for purchasing the new CD or simply to collect detailed customer information.”

Some also commission guitars for fundraising efforts. Signed and branded Painted Axe guitars have netted as much as $1,500 for the cause.

The guitar, a white Washburn HB-35, captures the band’s uniqueness as well as its Kansas City roots. “Tramped Under Foot is an incredibly soulful and powerful trio and a rising Blues star. Along with the new CD name, we depicted the band’s personality through a stylized logo and its great promise with a shooting star theme.”

The Trampled Under Foot CD, “Badlands”, will be available July 9.

Painted Axe
Painted Axe, based in Indianapolis, custom paints guitars and gear for special events and festivals to musicians and autograph collectors.The company can be reached at 217-273-8030. Visit Painted Axe at http://www.PaintedAxe.com. 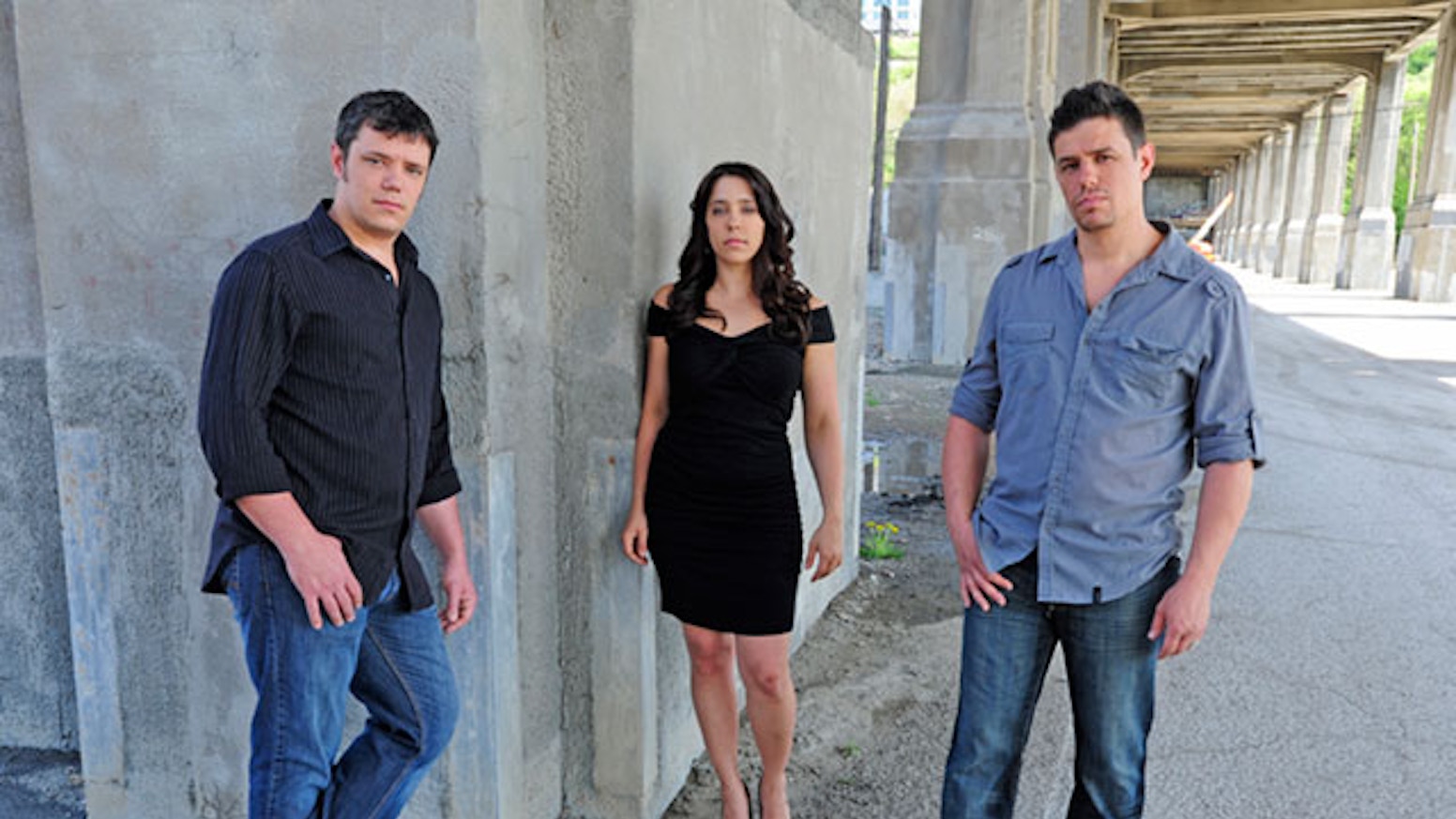 Trampled Under Foot wants to record and release our new album independently. No label, just our fans and us. Help us make it happen! — Blues trio Trampled Under Foot will perform in November at the Kalamazoo State Theatre.

The trio of siblings Danielle, Kris and Nick Schnebelen, of Kansas City, will play at 8 p.m. Nov. 10 at the downtown Kalamazoo venue.
Tickets are $13, or $11 with WRKR/State Theatre VIP Club Card in advance. Tickets are $14 the day of the concert.
They are available through Ticketmaster outlets, online at ticketmaster.com or by phone at 800-345-7000.
They are also available at the box office.
For more information, call 269-345-6500.

Trampled Under Foot is featured as the cover story in the March/April issue of Blues Revue Magazine! Writer Stacy Jeffress chronicles the band’s journey from their childhood experiences with their parents’ music, through their individual endeavors in different bands, right up to their formation of TUF in 2004, their victorious trip to Memphis in 2008, and their ensuing successes, right up to the production of their newest TUF/VizzTone release.  This is a behind-the-scenes look at the great Schnebelen family, not to be missed!